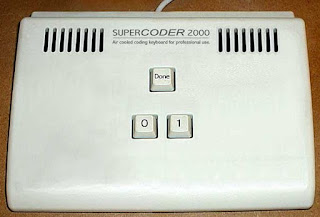 Performance: Victorian Pathfinder Rally Day, 2008
The brief given to Scott: A play that showcases the year's memorable Pathfinder activities

[PF is walking across stage and a warning buzzer goes off causing them to freeze on the spot.]

Con: [calls out with authority]
“memory full, please free up some memory, say ‘Ok’ to continue.”
PF: OK? . . .
[looks confused and starts moving again] Where am I?
[Con makes his way to PF]
Con: This is your memory.
[Stretches arms out and spins around slowly as if pleased with the place]

Why is popping bubble wrap so much fun?


Bubble wrap has been around since Creation. It was found in the Garden of Eden, used in particular to protect the fruit on the tree of knowledge of good and evil from Adam and Eve. Unfortunately, it actually ended up tempting Eve to come closer to pop the bubble wrap and thus drew attention to the fruit. 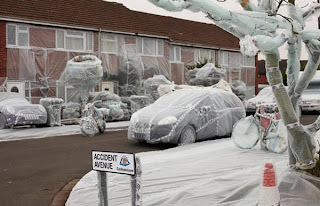 Some theologians say almost everything in the Garden of Eden was wrapped in bubble wrap so nothing could get damaged and no-one could get hurt. When sin came along, the bubble wrap was confiscated.

Bubble wrap was also used on Noah’s ark to protect the woolly mammoths and handpainted periwinkles. Uzza spent months insisting the Ark of the Covenant needed bubble wrapping for its transportation, and the pyramids were delivered preconstructed, wrapped in bubble wrap.

But why do we enjoy popping bubble wrap so much?

Psychologists say it relates back to childhood. The less our parents praised us as a child, the more we enjoy popping bubble wrap. Popping bubble wrap gives an instant pop of praise and congratulation, leading to a feeling of achievement.

But sociologists say the bubble bursting is because we just want to be like everyone else. Society tells us that popping bubble wrap is fun and if you don’t enjoy it, you won’t fit in with everyone else who pops bubble wrap.

There are world bubble-wrap popping tours but these tours obviously steer clear of the 13 countries where it is illegal to pop bubble wrap.

Interesting Fact: If we took all the bubble wrap on Earth to Mars and popped it, there would be enough air released into the atmosphere to allow a city of 1 million people to live for 37 seconds.

How do you know if you are a prophet?

However, there are some simple tests to know if you have made it to prophet status or are a plain old dreamer. 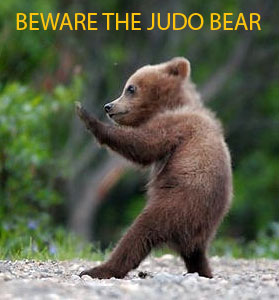 Recognising Disconcerting Visions or Dreams (DVDs) is one way to spot your propheteering attributes. Basically, a real DVD should make no sense at all but burn itself into your memory.

Other signs that you’re a certified prophet include these common symptoms:

If any of the above are a part of your life, congratulations— you’re most likely a prophet. If not, we’re sorry but daydreaming is not tax deductable for you.

Having now read all this, we have inspired you to become a prophet—don’t call God, He’ll call you!

Interesting Fact: If you are a prophet then ... well ... you know the rest. 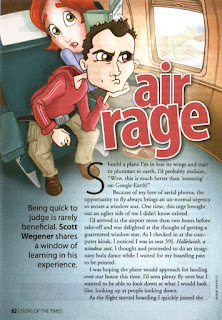 Being quick to judge is rarely beneficial. Scott Wegener shares a window of learning in his experience.

Should a plane I’m in lose its wings and start to plummet to earth, I’d probably exclaim, “Wow, this is much better than ‘zooming’ on Google Earth!”

Because of my love of aerial photos, the opportunity to fly always brings an un-normal urgency to secure a window seat. One time, this urge brought out an uglier side of me I didn’t know existed.

What is the will of God?

For some, this is the ultimate question. People would pay a fortune to know and be a part of the will of God. What these people fail to realise is God is never going to die! So what does it matter what’s in God’s will? However, if God were to die, just to satisfy the askee, this is what God would leave to his children: 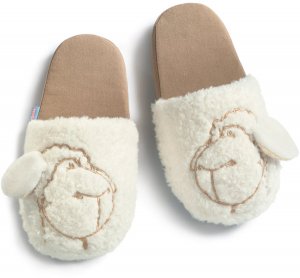 
Interesting Fact: None of God’s assets are covered by insurance if damaged by Himself.

Imagine a world that studied and lived by Jesus’ teachings.

To have a positive effect on this world, Jesus’ teachings cannot merely be acknowledged and left to gather dust.They must be acted upon. So how can we act upon Jesus’ teachings to change ourselves, others, and the world for the better? 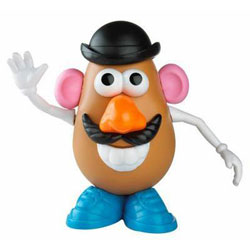 What is the best praying position?

Is it lawful to swim on the Sabbath?


The argument in favour of swimming on Sabbath has gathered buoyancy in recent years but people can still be found rowing over the issue. 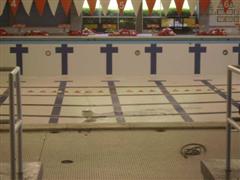 The little-known book of Nemo—which for some reason didn’t make it into the Bible—has 10 Swimandments. This most likely explains where the regulations for sacred swimming have come from, as the Bible isn’t specific in specifically specifying any specifications.

The 10 Swimandments are as follows:


Other passages found in the book of Nemo include prophecies of yellow submarines on rails, people selling rainwater in bottles and heaven having a huge outdoor pool with a 10-kilometre waterslide.

Fact: People who police Sabbath swimming rules are referred to as "lifesavers”.