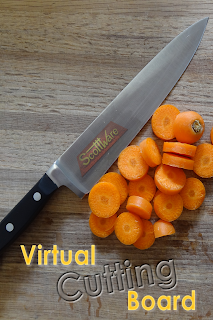 Though chopping boards can be of any material that they are made out of, physicists acknowledge that they are heavier than the speed of sound and if heated will be warmer than before.

There is such a wide variety of colours that can be found in the rainbow, but chopping boards them self will not be found in rainbows.

It might be thought that Stonehenge was built as a set of giant chopping boards to be used for giant bananas that have been genetically modified to be the size of a very, very large bananas.

Both Bill Gates and Steve Jobs are thought to have been able to of owned at least one cutting board in the peak of their careers and, if so, were probable used to cut apples and lemons.

Though seen in hundreds of movies, cutting boards are yet to win an Oscar.

Generally speaking, cutting boards prefer to be cremated, possibly to avoid confusion at the funeral viewing.
To keep reading about chopping boards, go back to the top of this screen.
Tags: Apps, Silly
Newer Post Older Post Home