How much wood would a woodcuck chuck if a woodchuck could chuck wood? 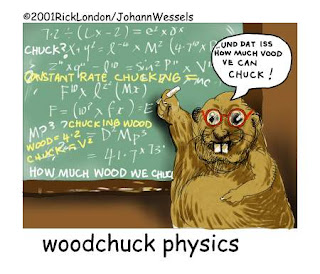 Question 2: How much of a keg would a weasel throw if a weasel would throw a keg?
Answer: Enough to hold a handful of sawdust.

While we can speculate until the woodchuck chucks, which definitions the question intends, the only thing we know for sure is that if you see a woodchuck about to chuck wood, you’d better either be wearing safety goggles and an apron or stand well back.