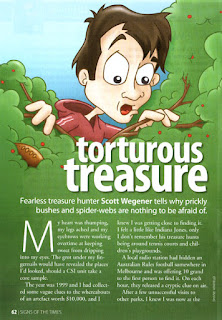 Things to Do In Theme Park Queues 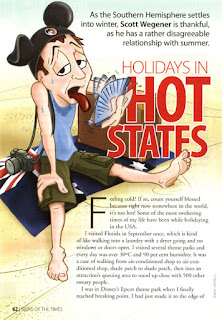 Amongst the wide array of writing styles I deliver, I also have a technical side that loves to simplify complex information. This style of writing is perhaps not as fun to read as the others, so I haven't been collecting examples to share. However, here are a couple of examples of my technical writing:

Email ThisBlogThis!Share to TwitterShare to FacebookShare to Pinterest
Labels: Technical 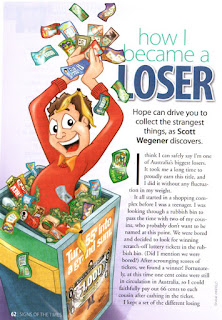 However, presented before me was a job opportunity that seemed to be God calling us to Sydney. There were several smaller hints that this opportunity was a prompting from God but one big nudge was the sign hanging on the house we had bought three-and-a-half years earlier. Our house name was the same as the suburb we were being called to--900 kilometres away. It was a "sign" sign!

As it became clear this was "meant to be," I didn't want to push my luck by staying safe and doing nothing. I know of one instance someone did that and they ended up somewhere dark and fishy for a few days.