Performance: Lilydale Seventh-day Adventist Church - February 1, 2014
The brief given to Scott: A short play on how Jesus attended some not so spiritual places seeking the lost. He was there not condemning but waiting opportunity to minister to the sinner, rather than condemning them. 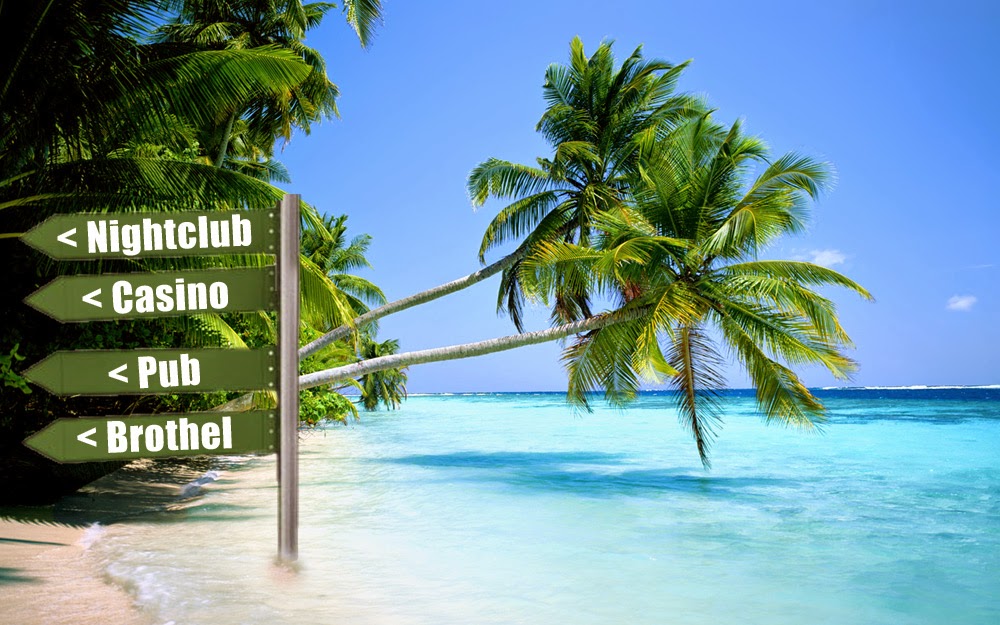 On the screen is an island beach front on the left, with a signs post with "night club, pub, casino, brothel" all pointing onto the island. On the right of the image is the ocean. Techo music, flashing lights and drunken laughter comes out the left side door – as if there’s an outrageous party raging on the island.
If possible, there is blue material connecting the left and right of stage, about a meter high, or on the flow draped over any stage edge.

After a few moments of the music, now out of the right side room pokes the front of a cardboard boat (behind and above the 'water curtain') Alternatively, the boat could have been sitting there already, and Jesus just walks into view 'in' the boat.

Jesus walks to the bow and looks out with a telescope or binoculars, sees the island and looks discouraged.
He goes and gets a rope and ties a large red heart to it.
Jesus throws the line out onto the island.
He waits a moment, and there is a tug, Jesus pulls back the line excited, but the heart is gone (the unseen stage hand untied it).
Disappointed, but not giving up, He ties another, and the same thing happens.
On the third time, this time there is someone holding onto the heart!
Jesus pulls them aboard. Gives them a blanket and a warm drink.
He points back at the beach and the sinner slumps in shame, dropping the heart they took from the line.
Jesus picks up the heart and gives it back to them and re-assures them, holds out his arms and they hug in forgiveness.
Jesus tries again, the new recruit watches, the lines stays out on the island.
The new recruit makes gestures as if they can have a go.
Jesus is excited by the thought and gets a second rope, and ties a heart to it and the new recruit has a turn at throwing 'love' out to the people on the island .
They tie up their ropes to the front of the boat turn around and jesus leads off out of view.
The raucous music and flashing lights fade OR, for mild amusement, Jesus comes back out on he boat and gives a prominent point/click at the island and the music and lights stop at his command, and Jesus exits.
– end –
Tags: Deep and Meaningful, Play
Newer Post Older Post Home