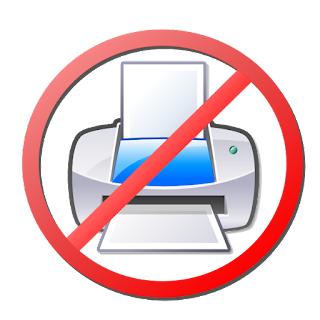 Just for fun, here's a collection of opening sentences from novels Scott will never complete (phew).

As our lips connected for the first time the beating of our hearts syncopated like an African bongo drumming lesson by tourists who had no real rhythm and stunk of sweat from the hours spent crammed on a non-airconditioned safari mini-bus that broke down near the warthog graveyard earlier that day.

As Mavis pushed and pulled the vacuum pipe back and forth an asthmatic cloud of dust particles filled the sun lit room making breathing an unpleasant chore but one which still had to be done or she'd die.

I knelt, clenching a fist full of bubblewrap, shivering yet sweating out of rage for having just pondered the pain of the thousands, if not millions, of child factory-workers forced to individually inflate each of the billions of bubblewrap capsules that are sent around the world to be frivolously popped by the wealthy, only a quick online search showed me it's actually a mechanical device that puts the air in the bubbles, which left me even more angry about the thousands, if not millions, of children who could not have employment for someone had heartlessly invented a machine to do such work.

Every critic, expert, friend and pier I have shared this fictitious story with, over 100 in all, including my mother,  have unanimously told me this story was too long and a waste of their time for it had not one single interesting element in its thousand or so pages - but, you be the judge.

It was the slightly extended gap between the ding and the proceeding dong that suggested I would be requiring more kilojoules than community standard to satisfactory resist the downward impulse of the outer edges of my mouth enough to form what looked like a legitimate smile, and not a happy frown, as I opened the door to my step-mother-in-law.

The orderly black shapes were seemingly randomly organized in rows and columns and preventing the reflection of light to the eyes watching, triggering a little voice who proceeded to explain the meaning of the shapes, which were thoughtfully placed for such an occasion.

Congratulations on completing the first of the 26,673 sentence in this novel you must now commit all your evenings in the foreseeable future to reading or else suffer the shame of showing you do not have the mental stamina to compleat something as simple as reading an entire book, even if it does have long drawn out sentences.

Mere moments after I was decapitated by a low flying aircraft I concluded I was about to have a very bad day - but soon after my optimistic tendencies set in and, telling myself at least my day couldn't get any worse, I focused on enjoying the bright sunshine, which was somewhat an issue for an aircraft's pilot mere moments earlier.

Upon my arrival it was immediately clear that my presence was not needed for while the fatal explosion at the chalk factory was the reason for my arrival it also rendered my role as body outline marker somewhat redundant.

While for most of Jane's life nothing of particular interest ever happened, for some reason last year was beyond uneventful, where the only interesting day was the time so much didn't happen that it was slightly more interesting than all the other days nothing happened, and it's a minute-by-minute account of this extra uneventful day we now begin to follow.

It was a short stroll in comparison to most strolls undertaken every day by remote African villagers, but as I stood, in dismay at my untied shoelace with several steps distance remaining between my inadequately secured shoe and the front door of my 'shoes off' home, I pondered: stop and tie, proceed cautiously or hop?

As Harold untied his shoelace the constricting shoe immediately let go of its internal prisoner, like a python releasing its grip on a rodent which initially looked rather tasty from a distance but had been nesting in a kitty litter box, and thus was somewhat foul, like the stench which soon reached Harold's nostrils.

Don't cry for me

A droplet of transparent salty moisture evacuated from the inside corner of my left eye socket and tumbled through the spikes of my 5:37pm shadowed cheek until it arrived at the edge of my chin, where it clung like a jello stalactite for almost a whole second, before plummeting fourteen inches and shattering into a pile of diced onion.

The field of sunflowers swayed in the gentle, warm summers breeze, like the swinging voters of a democracy changing their vote from election to election after becoming disillusioned with who they voted into power on the previous polling day, and the bees were a plenty.
Tags: Silly
Newer Post Older Post Home